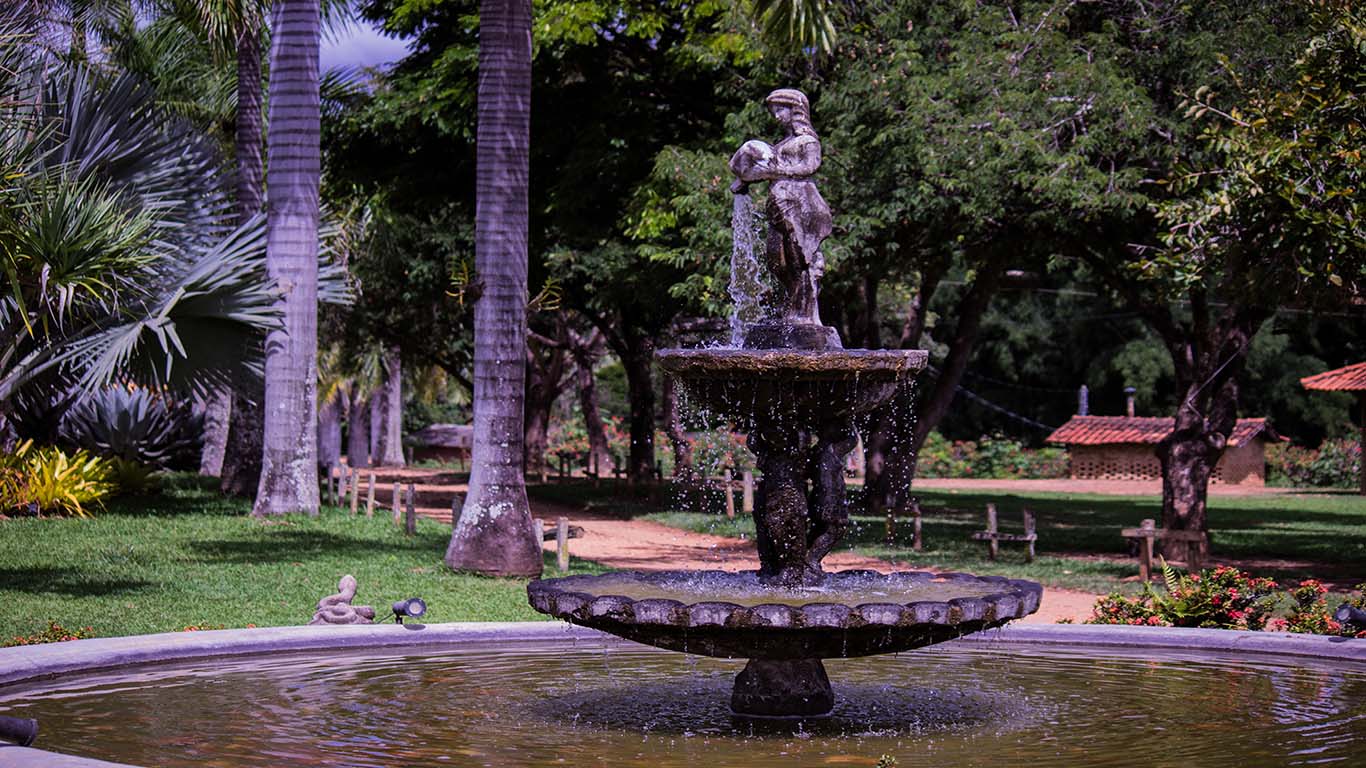 About Us
Our History
Facilities

In the beginning, in the time of Colonial Brazil, it was a sesmaria donated by the King of Portugal to a Portuguese nobleman named Antônio Abreu Guimarães, who accumulated a fortune by evading the fifth of gold and smuggling diamonds. Over time, a large part of this sesmaria belonged to an English family, whose parent, George Chalmers, was director of the Morro Velho Mine, in Nova Lima, Minas Gerais. Little by little, this family was getting rid of these lands until, in 1974, the remaining part was bought by three brothers who recovered the entire farm and started to raise Nelore cattle.

After 10 years, the land was divided into three parts. One of them was transformed into a farm hotel. Its owner was one of the pioneers in the sector and always dreamed of opening the doors of her home.

For 20 years, the Hotel Fazenda Planalto da Jaguara has been pleased to welcome its guests with affection and warmth so they can relax and enjoy nature.